A team of cyclists from Center Parcs Whinfell Forest have completed the Sea to Sea (C2C) challenge, raising over £2000 for Center Parcs’ two corporate charities, ChildLine and The Wildlife Trusts.

The team of 10 employees tackled the 140 mile route, from Whitehaven to Sunderland, over three days, accompanied by a support team.

Lisa Broome, General Manager at Center Parcs Whinfell Forest, headed up the support team. Lisa was originally signed up for the cycle ride but was forced to pull out after breaking her ankle whilst training for the challenge.

“Although I’m disappointed that I wasn’t able to join them, I am so proud of the team,’ said Lisa. “A majority of them weren’t cyclists when they started, but I think they can definitely say they are now.”

Starting from Whitehaven Harbour, the team began the challenge with the tradition of dipping their bike wheels into the sea before cycling to Newton Rigg, via the first climb of the weekend, Whinlatter.

The second day proved the most challenging, taking in the Pennines, the steepest section of the route and the highest point on the route, just outside Allenheads. After a difficult climb up to Hartside, the team were greeted by a number of their Center Parcs colleagues who had brought tea and cake to cheer them on.

Accompanied by a thick fog, the team started the third day with extra layers and aching muscles. Crossing from Cumbria into Northumberland, they encountered the final climb of the challenge – Crawleyside Bank. The whole journey was rounded off with a dip in the sea at Sunderland for the braver team members.

Claire Campbell, General Manager’s Secretary, who was part of the team, said: “It was a tough challenge, with a few punctured tyres, sore muscles and unexpected climbs throughout, but we all felt an amazing sense of achievement when we finished. It’s great that we managed to raise such a fantastic amount for both charities and really challenged ourselves as well.” 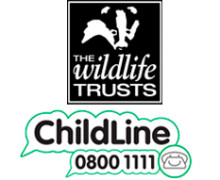